A historic Hollywood hotel houses a supernatural evil. It's been subdued for decades - but when renovations start, a series of murders take place. It's up to our heroine to solve the mystery.

A man, crippled in an accident, returns to the woods after rehabilitation, certain that he'll not see Bigfoot again.

After 23 horrifying days of gorging on human flesh, an ancient creature known as the Creeper embarks on a final voracious feeding frenzy, terrorizing a group of varsity basketball players, cheerleaders and coaches stranded on a remote highway when their bus breaks down. The terrified group is forced to come together and do battle against the winged creature hell-bent on completing its grizzly ritual.

A terrifying tale of survival in the mangrove swamps of Northern Australia.

After witnessing a horrific and traumatic event, Julia Lund, a graduate student in psychology, gradually comes to the realization that everything which scared her as a child could be real. And what's worse, it might be coming back to get her..

A teenage girl moves into a remote countryside house with her family, only to discover that their gloomy new home has a horrifying past that threatens to destroy the family.

A group of Confederate soldiers hole up on an abandoned plantation after robbing a bank, and find themselves at the mercy of supernatural forces.

Two guys and a female hitchhiker are terrorized by a monstrous looking man driving a giant monster truck.

A family moves to a small town in California where they plan on starting a new life while running a long-abandoned funeral home. The locals fear the place, which is suspected to be on haunted ground

A mysterious virus, carried by mutant rats, creates pandemonium in New York City in which rat-bite victims turn into homicidal rat-mutants. This movie centers on six tenants of a small apartment complex on the Lower East Side Mulberry Street as they fight to survive the night against the rats and rapidly multiplying cannibal mutants.

A toy factory worker, mentally scarred as a child upon learning Santa Claus is not real, suffers a nervous breakdown after being belittled at work, and embarks on a Yuletide killing spree. 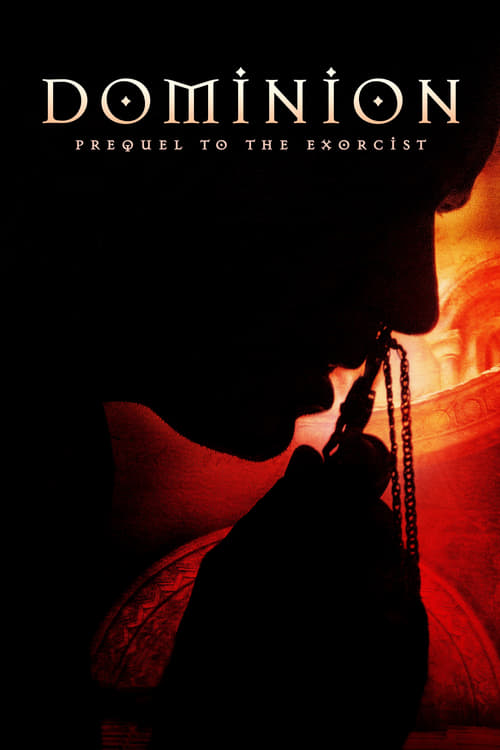 Haunted by terrible acts the Nazis forced him to participate in, the disenchanted Father Lankester Merrin focuses his energies on helping with an archaeological dig in the northern part of Kenya. There, the crew uncovers a church that predates Christian missions into the area, but the discovery also causes strange events to start occurring -- including physical changes to a young, disabled boy, whom Merrin grows to suspect has been possessed by a demon.