If you already watched and love Tmnt, you will love these. Below is the list of movies similar to Tmnt.

Just when his time under house arrest is about to end, Scott Lang once again puts his freedom at risk to help Hope van Dyne and Dr. Hank Pym dive into the quantum realm and try to accomplish, against time and any chance of success, a very dangerous rescue mission.

When undercover FBI agent Frank Castle's wife and son are slaughtered, he becomes 'the Punisher' -- a ruthless vigilante willing to go to any length to avenge his family.

6th-century Scandinavian warrior, Beowulf embarks on a mission to slay the a man-like ogre, Grendel.

The 21st successor to the role of Bengalla's resident superhero must travel to New York to prevent a rich madman from obtaining three magic skulls that would give him the secret to ultimate power.

The Autobots must stop a colossal planet-consuming robot who goes after the Autobot Matrix of Leadership. At the same time, they must defend themselves against an all-out attack from the Decepticons.

Waging his one-man war on the world of organized crime, ruthless vigilante-hero Frank Castle sets his sights on overeager mob boss Billy Russoti. After Russoti is left horribly disfigured by Castle, he sets out for vengeance under his new alias: Jigsaw. With the "Punisher Task Force" hot on his trail and the FBI unable to take Jigsaw in, Frank must stand up to the formidable army that Jigsaw has recruited before more of his evil deeds go unpunished.

11 Teenage Mutant Ninja Turtles II: The Secret Of The Ooze 1991

The Turtles and the Shredder battle once again, this time for the last cannister of the ooze that created the Turtles, which Shredder wants to create an army of new mutants.

When a nuclear missile was fired at Washington in 1945, Captain America managed to detonate it in the upper atmosphere. But then he fell miles into the icy depths of the North Atlantic, where he remained lost for over sixty years. But now, with the world facing the very same evil, Captain America must rise again as our last hope for survival.

A sweet-natured Italian waiter named Pistachio Disguisey at his father Fabbrizio's restaurant, who happens to be a member of a family with supernatural skills of disguise. But moments later the patriarch of the Disguisey family is kidnapped Fabbrizio's former arch-enemy, Devlin Bowman, a criminal mastermind in an attempt to steal the world's most precious treasures from around the world. And it's up to Pistachio to track down Bowman and save his family before Bowman kills them!

Sam Witwicky leaves the Autobots behind for a normal life. But when his mind is filled with cryptic symbols, the Decepticons target him and he is dragged back into the Transformers' war.

During a space voyage, four scientists are altered by cosmic rays: Reed Richards gains the ability to stretch his body; Sue Storm can become invisible; Johnny Storm controls fire; and Ben Grimm is turned into a super-strong … thing. Together, these "Fantastic Four" must now thwart the evil plans of Dr. Doom and save the world from certain destruction.

Scientist Bruce Banner scours the planet for an antidote to the unbridled force of rage within him: the Hulk. But when the military masterminds who dream of exploiting his powers force him back to civilization, he finds himself coming face to face with a new, deadly foe.

Superman returns to discover his 5-year absence has allowed Lex Luthor to walk free, and that those he was closest to felt abandoned and have moved on. Luthor plots his ultimate revenge that could see millions killed and change the face of the planet forever, as well as ridding himself of the Man of Steel.

In the final days of World War II, the Nazis attempt to use black magic to aid their dying cause. The Allies raid the camp where the ceremony is taking place, but not before a demon—Hellboy—has already been conjured. Joining the Allied forces, Hellboy eventually grows to adulthood, serving the cause of good rather than evil.

The seemingly invincible Spider-Man goes up against an all-new crop of villains—including the shape-shifting Sandman. While Spider-Man’s superpowers are altered by an alien organism, his alter ego, Peter Parker, deals with nemesis Eddie Brock and also gets caught up in a love triangle.

Peter Parker is going through a major identity crisis. Burned out from being Spider-Man, he decides to shelve his superhero alter ego, which leaves the city suffering in the wake of carnage left by the evil Doc Ock. In the meantime, Parker still can't act on his feelings for Mary Jane Watson, a girl he's loved since childhood. 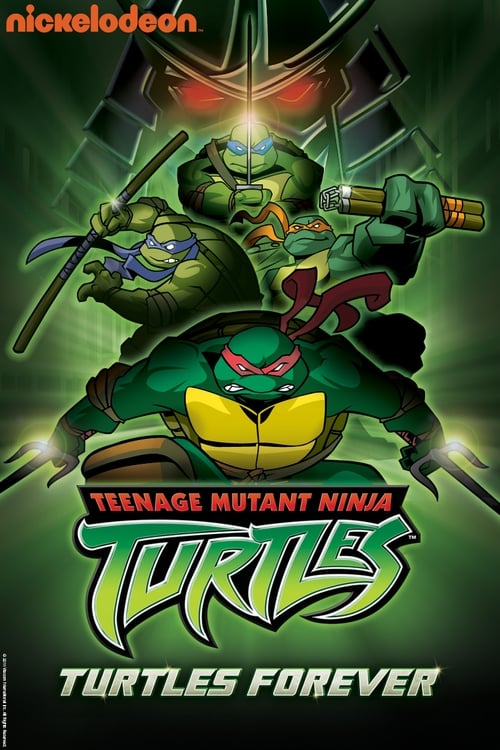 Turtles Forever is a made-for-tv animated movie. Produced in celebration of the 25th anniversary of the Teenage Mutant Ninja Turtles franchise, the movie teams up different incarnations of the titular heroes—chiefly the light-hearted, child-friendly characters from the 1987 animated series and the darker cast of the 4Kids' own 2003 animated series—in an adventure that spans multiple universes.