The true story of the frightening, lonely world of silence and darkness of 7-year-old Helen Keller who, since infancy, has never seen the sky, heard her mother's voice or expressed her innermost feelings. Then Annie Sullivan, a 20-year-old teacher from Boston, arrives. Having just recently regained her own sight, the no-nonsense Annie reaches out to Helen through the power of touch, the only tool they have in common, and leads her bold pupil on a miraculous journey from fear and isolation to happiness and light.

"Secondhand Lions" follows the comedic adventures of an introverted boy left on the doorstep of a pair of reluctant, eccentric great-uncles, whose exotic remembrances stir the boy's spirit and re-ignite the men's lives.

True story of the undersized Depression-era racehorse whose victories lifted not only the spirits of the team behind it but also those of their nation.

An international soccer star is on his way to sign a multimillion dollar contract when something happens that brings his career to an abrupt end. A beautiful waitress, struggling to make it in New York City, discovers something about herself that she's unprepared for. In one irreversible moment, their lives are turned upside down.

In this true story told through flashbacks, Christy Brown is born with crippling cerebral palsy into a poor, working-class Irish family. Able only to control movement in his left foot and to speak in guttural sounds, he is mistakenly believed to have a intellectual disability for the first ten years of his life.

The fates of horses, and the people who own and command them, are revealed as Black Beauty narrates the circle of his life.

This lavishly produced and critically acclaimed screen adaptation of the international stage sensation tells the life-affirming story of Tevye (Topol), a poor milkman whose love, pride and faith help him face the oppression of turn-of-the-century Czarist Russia. Nominated for eight Academy Awards.

In 1900, strong-willed widow Lucy Muir goes to live in Gull Cottage by the British seaside, even though it appears to be haunted. Sure enough, that very night she meets the ghost of crusty former owner Captain Gregg...and refuses to be scared off. Indeed, they become friends and allies, after Lucy gets used to the idea of a man's ghost haunting her bedroom. But when a charming live man comes courting, Lucy and the captain must deal with their feelings for each other.

An African American detective is asked to investigate a murder in a racist southern town.

Stirling Silliphant (screenplay), John Ball (based on a novel by)

Cat on a Hot Tin Roof is a 1958 American drama film directed by Richard Brooks. It is based on the Pulitzer Prize-winning play of the same name by Tennessee Williams and adapted by Richard Brooks and James Poe. One of the top-ten box office hits of 1958, the film stars Elizabeth Taylor, Paul Newman, and Burl Ives.

Late one night, a drunken Brick Pollitt (Paul Newman) is out trying to recapture his glory days of high school sports by leaping hurdles on a track field, dreaming about his moments as a youthful athlete. Unexpectedly, he falls and breaks his leg, leaving him dependent on a crutch. Brick, along with his wife, Maggie "the Cat" (Elizabeth Taylor), are seen the next day visiting his family's estate in eastern Mississippi, there to celebrate Big Daddy's (Burl Ives) 65th birthday.

Beth, Calvin, and their son Conrad are living in the aftermath of the death of the other son. Conrad is overcome by grief and misplaced guilt to the extent of a suicide attempt. He is in therapy. Beth had always preferred his brother and is having difficulty being supportive to Conrad. Calvin is trapped between the two trying to hold the family together.

Out of Africa tells the story of the life of Danish author Karen Blixen, who at the beginning of the 20th century moved to Africa to build a new life for herself. The film is based on the autobiographical novel by Karen Blixen from 1937.

Karen Blixen (based upon: "Out of Africa" and other writings), Judith Thurman (book) | 2 more credits »

A fragile Kansas girl's unrequited and forbidden love for a handsome young man from the town's most powerful family drives her to heartbreak and madness.

A depiction of the conflict between King Henry VIII of England and his Lord Chancellor, Sir Thomas More, who refuses to swear the Oath of Supremacy declaring Henry Supreme Head of the Church in England.

Sprawling epic covering the life of a Texas cattle rancher and his family and associates.

Stingo, a young writer, moves to Brooklyn in 1947 to begin work on his first novel. As he becomes friendly with Sophie and her lover Nathan, he learns that she is a Holocaust survivor. Flashbacks reveal her harrowing story, from pre-war prosperity to Auschwitz. In the present, Sophie and Nathan's relationship increasingly unravels as Stingo grows closer to Sophie and Nathan's fragile mental state becomes ever more apparent.

William Styron (based on the novel: "Sophie's Choice" by), Alan J. Pakula (screenplay)

Over the summer of 1942 on Nantucket Island, three friends -- Hermie, Oscy and Benjie -- are more concerned with getting laid than anything else. Hermie falls in love with the married Dorothy, whose husband is an army pilot recently sent to the battlefront of World War II.

Two protagonists love each other, but because of their current situation, cannot find a way to be together.

In 1965, passionate musician Glenn Holland takes a day job as a high school music teacher, convinced it's just a small obstacle on the road to his true calling: writing a historic opus. As the decades roll by with the composition unwritten but generations of students inspired through his teaching, Holland must redefine his life's purpose.

At a national park in Kenya, English game warden George Adamson and his wife, Joy, care for three orphaned lion cubs. After the two larger lions are shipped off to a zoo in the Netherlands, the smallest of the three, Elsa, stays with the couple. When Elsa is blamed for causing an elephant stampede in the nearby village, head warden John Kendall demands the young lion either be trained to survive in the wilds of the Serengeti or be sent to a zoo.

Idealistic engineer-trainee and his experiences in teaching a group of rambunctious white high school students from the slums of London's East End.

E.R. Braithwaite (novel), James Clavell (written for the screen by)

King Henry II of England has trouble with the Church. When the Archbishop of Canterbury dies, he has a brilliant idea. Rather than appoint another pious cleric loyal to Rome and the Church, he will appoint his old drinking and wenching buddy, Thomas Becket, technically a deacon of the church, to the post. Unfortunately, Becket takes the job seriously and provides abler opposition to Henry. 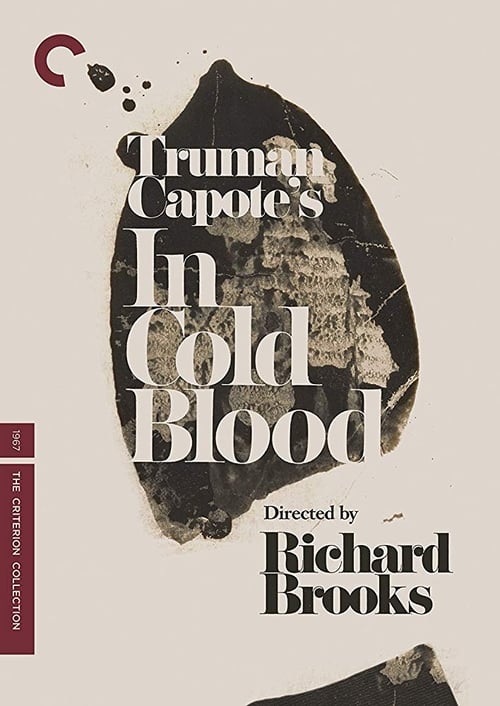 After a botched robbery results in the brutal murder of a rural family, two drifters elude police, in the end coming to terms with their own mortality and the repercussions of their vile atrocity.

Truman Capote (based on the book by), Richard Brooks (written for the screen by)