Mikael Blomkvist, publisher of Millennium magazine, has made his living exposing the crooked and corrupt practices of establishment Swedish figures. So when a young journalist approaches him with a meticulously researched thesis about sex trafficking in Sweden and those in high office who abuse underage girls, Blomkvist immediately throws himself into the investigation.

Swedish thriller based on Stieg Larsson's novel about a male journalist and a young female hacker. In the opening of the movie, Mikael Blomkvist, a middle-aged publisher for the magazine Millennium, loses a libel case brought by corrupt Swedish industrialist Hans-Erik Wennerström. Nevertheless, he is hired by Henrik Vanger in order to solve a cold case, the disappearance of Vanger's niece

A true story of two men who should never have met – a quadriplegic aristocrat who was injured in a paragliding accident and a young man from the projects.

As the global economy teeters on the brink of disaster, a young Wall Street trader partners with disgraced former Wall Street corporate raider Gordon Gekko on a two tiered mission: To alert the financial community to the coming doom, and to find out who was responsible for the death of the young trader's mentor.

A writer stumbles upon a long-hidden secret when he agrees to help former British Prime Minister Adam Lang complete his memoirs on a remote island after the politician's assistant drowns in a mysterious accident.

Two French policemen, one investigating a grisly murder at a remote mountain college, the other working on the desecration of a young girl's grave by skinheads, are brought together by the clues from their respective cases. Soon after they start working together, more murders are committed, and the pair begin to discover just what dark secrets are behind the killings.

A doctor hires an escort to seduce her husband, whom she suspects of cheating, though unforeseen events put the family in danger.

Two years after the Martian invasion, George Herbert's worst fears are realized: The Aliens have returned. As a second wave of Martian walkers lay waste to what's left of Earth, an alliance of military forces prepares a daring attack on the Red Planet itself. Once again, the future of mankind hangs in the balance.

A fictionalized account of the last days of Edgar Allan Poe's life, in which the poet is in pursuit of a serial killer whose murders mirror those in the writer's stories.

Charly Matteï has turned his back on his life as an outlaw. For the last three years, he's led a peaceful life devoting himself to his wife and two children. Then, one winter morning, he's left for dead in the parking garage in Marseille's Old Port, with 22 bullets in his body. Against all the odds, he doesn't die...

Dispatched to a small Italian town to await further orders, assassin Jack embarks on a double life that may be more relaxing than is good for him.

A thriller that revolves around the key people at an investment bank over a 24-hour period during the early stages of the financial crisis.

A three-tiered story centered around drugs and organized crime, and focused on a young man who becomes a runner for a coke dealer.

A policeman in debt is constantly called by a woman working to collect his debt. When they meet by accident they attracted to each other, and does not realize they already have a hostile phone-relationship.

Two romantically-engaged corporate spies team up to manipulate a corporate race to corner the market on a medical innovation that will reap huge profits and enable them to lead an extravagant lifestyle together.

Zoe Saldana plays a young woman who, after witnessing her parents’ murder as a child in Bogota, grows up to be a stone-cold assassin. She works for her uncle as a hitman by day, but her personal time is spent engaging in vigilante murders that she hopes will lead her to her ultimate target: the mobster responsible for her parents' death.

When his peaceful life is threatened by a high-tech assassin, former black-ops agent, Frank Moses reassembles his old team in a last ditch effort to survive and uncover his assailants.

A 16-year-old girl raised by her father to be the perfect assassin is dispatched on a mission across Europe. Tracked by a ruthless operatives, she faces startling revelations about her existence and questions about her humanity.

Victor Maynard is a middle-aged, solitary assassin who lives to please his formidable mother, despite his own peerless reputation for lethal efficiency. His professional routine is interrupted when he finds himself drawn to one of his intended victims. After sparing her life, he unexpectedly acquires a young apprentice. Believing Victor to be a private detective, his two new companions tag along, while he attempts to thwart the murderous attentions of his unhappy client. 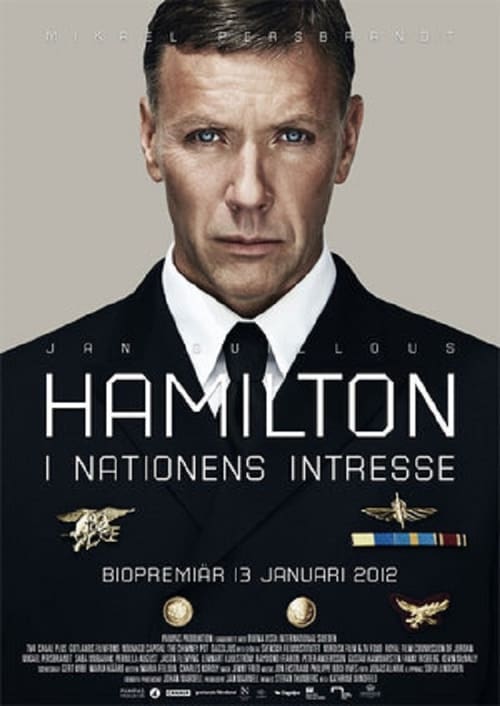 Carl Hamilton manages to infiltrate an international gang that has stolen advanced Swedish GPS-guided missiles. But the league is subjected to a sudden deadly attack by a well drilled group of mercenaries of unknown clients. Hamilton escapes the massacre, but the rockets have disappeared without a trace.

After taking a bullet to the head, Salander is under close supervision in a hospital and is set to face trial for attempted murder on her eventual release. With the help of journalist Mikael Blomkvist and his researchers at Millennium magazine, Salander must prove her innocence. In doing this she plays against powerful enemies and her own past.