If you already watched and love The Children, you will love these. Below is the list of movies similar to The Children.

Eden Lake is a relentlessly tense and immaculately paced horror-thriller about modern youth gone wild. When a young couple goes to a remote wooded lake for a romantic getaway, their quiet weekend is shattered by an aggressive group of local kids. Rowdiness quickly turns to rage as the teens terrorize the couple in unimaginable ways, and a weekend outing becomes a bloody battle for survival.

After their mother passes away, sisters Nicole and Annie reluctantly return to their childhood home to pay their last respects. While staying overnight in the house, the sisters sense a mysterious presence in their midst: noises startling them in the night, objects moving about, a fallen picture of an unknown woman posed next to their mother. Annie begins experiencing a series of intense and disturbing dreams - visions that lead her to uncover something terrible about her mother's past that is finally revealing itself.

After moving into a new neighbourhood, brothers Dane &amp; Lucas and their neighbour Julie discover a bottomless hole in the basement of their home. They find that once the hole is exposed, evil is unleashed. With strange shadows lurking around every corner and nightmares coming to life, they are forced to come face to face with their darkest fears to put an end to the mystery of THE HOLE.

Eight medical students on a ski trip to Norway discover that Hitler's horrors live on when they come face to face with a battalion of zombie Nazi soldiers intent on devouring anyone unfortunate enough to wander into the remote mountains where they were once sent to die.

The action now takes place miles away from the original location and partly in broad daylight, giving the film an entirely fresh yet disturbing new reality. The infection has left the building. In a clever twist that draws together the plots of the first two movies, this third part of the saga also works as a decoder to uncover information hidden in the first two films and leaves the door open for the final installment, the future '[REC] 4 Apocalypse.'

Jannicke wakes up in the hospital. All of her friends are dead. As she walks through the dark corridors, she thinks she is left alone. But the nightmare isn't over yet.

A young family moves into a historic home in Georgia, only to learn they are not the house's only inhabitants. Soon they find themselves in the presence of a secret rising from underground and threatening to bring down anyone in its path.

A group of friends on vacation decide to venture onto a trail high up in the mountains that has been closed for repairs. The climb proves more perilous than planned, especially as they soon realize that they are not alone. The adventure turns into a nightmare.

A middle-aged man dies in the street, leaving his widow and three children destitute. The devastated family is confronted not only with his loss but with a terrible challenge - how to survive. For they are cannibals. They have always existed on a diet of human flesh consumed in bloody ritual ceremonies... and the victims have always been provided by the father. Now that he is gone, who will hunt? Who will lead them? How will they sate their horrific hunger? The task falls to the eldest son, Alfredo, a teenage misfit who seems far from ready to accept the challenge... But without human meat the family will die.

Laura (Florencia Colucci) and her father Wilson (Gustavo Alonso) arrive at a cottage off the beaten path in order to repair it since its owner (Abel Tripaldi) will soon put the house on sale. They will spend the night there in order to start the repairs the following morning. Everything seems to go on smoothly until Laura hears a sound that comes from outside and gets louder and louder in the upper floor of the house. Wilson goes up to see what is going on while she remains downstairs on her own waiting for her father to come down. The plot is based on a true story that occurred in the 1940s in a small village in Uruguay. La casa muda focuses on the last seventy eight minutes, second by second, as Laura tries to leave the house unharmed and discovers the dark secret it hides. 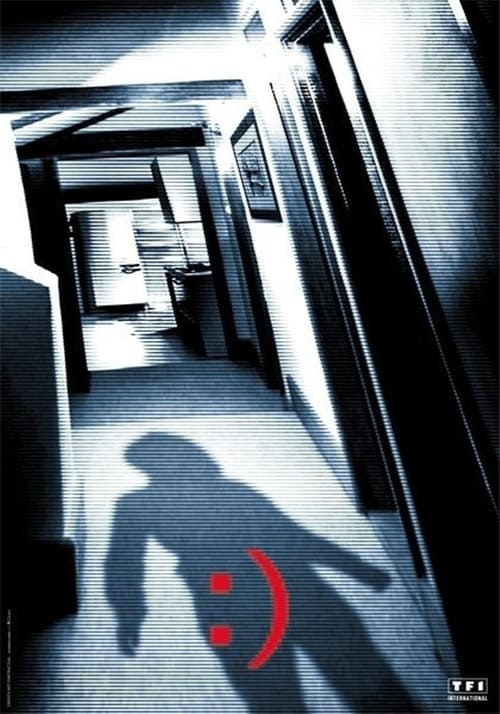 A young couple find themselves in an unnerving situation with a mysterious stalker.