Freshly graduated from high school, Ana receives a full scholarship to Columbia University. Her very traditional, old-world parents feel that now is the time for Ana to help provide for the family, not the time for college.

Geeky teenager David and his popular twin sister, Jennifer, get sucked into the black-and-white world of a 1950s TV sitcom called "Pleasantville," and find a world where everything is peachy keen all the time. But when Jennifer's modern attitude disrupts Pleasantville's peaceful but boring routine, she literally brings color into its life.

In Bodeen, Texas, Land Of The Dragon, an indie-rock loving misfit finds a way of dealing with her small-town misery after she discovers a roller derby league in nearby Austin.

Quirky and rebellious April Burns lives with her boyfriend in a low-rent New York City apartment miles away from her emotionally distant family. But when she discovers that her mother has a fatal form of breast cancer, she invites the clan to her place for Thanksgiving. While her father struggles to drive her family into the city, April -- an inexperienced cook -- runs into kitchen trouble and must ask a neighbor for help.

Diana Guzman begins to train as a boxer and achieves impressive success, blazing new trails for female boxers, all while keeping it a secret from her father.

A black comedy that follows three generations of a family, who come together for the funeral of the patriarch - unveiling a litany of family secrets and covert relationships.

A mentally challenged girl proves herself to be every bit as capable as her "perfect" sister when she moves into an apartment and begins going to college.

When David Greene receives a football scholarship to a prestigious prep school in the 1950s, he feels pressure to hide the fact that he is Jewish from his classmates and teachers, fearing that they may be anti-Semitic. He quickly becomes the big man on campus thanks to his football skills, but when his Jewish background is discovered, his worst fears are realized and his friends turn on him with violent threats and public ridicule.

Amidst her own personality crisis, southern housewife Evelyn Couch meets Ninny, an outgoing old woman who tells her the story of Idgie Threadgoode and Ruth Jamison, two young women who experienced hardships and love in Whistle Stop, Alabama in the 1920s.

Carolyn's sorority sisters set their sights on the Sorority of the Year award and coaching challenged athletes is their ticket to the trophy. But when the queen of formals finds herself mentoring Pumpkin, a disabled athlete, their two worlds collide.

A young social outcast in Australia steals money from her parents to finance a vacation where she hopes to find happiness, and perhaps love.

On a university scholarship, a good natured student from the midwest gets a crash course in city life while dealing with three evil roommates. He befriends a virtually homeless college student whom he falls for, but she's dating a nasty professor.

Female born, Teena Brandon adopts his male identity of Brandon Teena and attempts to find himself and love in Nebraska.

On the east coast of New Zealand, the Whangara people believe their presence there dates back a thousand years or more to a single ancestor, Paikea, who escaped death when his canoe capsized by riding to shore on the back of a whale. From then on, Whangara chiefs, always the first-born, always male, have been considered Paikea's direct descendants. Pai, an 11-year-old girl in a patriarchal New Zealand tribe, believes she is destined to be the new chief. But her grandfather Koro is bound by tradition to pick a male leader. Pai loves Koro more than anyone in the world, but she must fight him and a thousand years of tradition to fulfill her destiny.

Nora Wilder (Parker Posey), a single, career woman works at a Manhattan boutique hotel where her excellent skills in guest relations lack in the romantic department. If it is not her loving and dominant mother (Gena Rowlands) attempting to set her up that consistently fail, she has her friend’s (Drea de Matteo) disastrous blind dates to rely on as a backup for further dismay. She's surrounded by friends who are all happily engaged or romantically involved and somehow, love escapes Nora -- until she meets an unusual Frenchman (Melvil Poupaud) who helps her discover life beyond her self-imposed boundaries.

Whilst on a short weekend getaway, Louise shoots a man who had tried to rape Thelma. Due to the incriminating circumstances, they make a run for it and thus a cross country chase ensues for the two fugitives. Along the way, both women rediscover the strength of their friendship and surprising aspects of their personalities and self-strengths in the trying times.

Young Indian man Thomas is a nerd in his reservation, wearing oversize glasses and telling everyone stories no-one wants to hear. His parents died in a fire in 1976, and Thomas was saved by Arnold. Arnold soon left his family, and Victor hasn't seen his father for 10 years. When Victor hears Arnold has died, Thomas offers him funding for the trip to get Arnold's remains

Jenna is a pregnant, unhappily married waitress in the deep south. She meets a newcomer to her town and falls into an unlikely relationship as a last attempt at happiness. 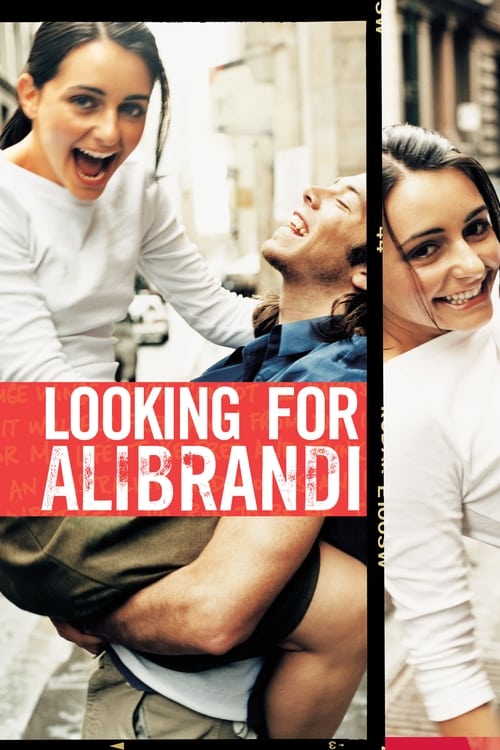 The film "Looking for Alibrandi" begins light-heartedly, and the viewer gets a very quick understanding of Josie's character through her interactions with her friends and family.

A young American girl and a young French boy meet in Paris and fall in love, with the assistance of an old man and his stories.

Jaime Escalante is a mathematics teacher in a school in a hispanic neighbourhood. Convinced that his students have potential, he adopts unconventional teaching methods to try and turn gang members and no-hopers into some of the country's top algebra and calculus students.

24 The Adventures Of Tintin: The Secret Of The Unicorn 2008

Intrepid young reporter, Tintin, and his loyal dog, Snowy, are thrust into a world of high adventure when they discover a ship carrying an explosive secret. As Tintin is drawn into a centuries-old mystery, Ivan Ivanovitch Sakharine suspects him of stealing a priceless treasure. Tintin and Snowy, with the help of salty, cantankerous Captain Haddock and bumbling detectives, Thompson and Thomson, travel half the world, one step ahead of their enemies, as Tintin endeavors to find the Unicorn, a sunken ship that may hold a vast fortune, but also an ancient curse.

Hergé (based on "The Adventures of Tintin" by), Steven Moffat (screenplay by) | 2 more credits »