If you already watched and love Peacock, you will love these. Below is the list of movies similar to Peacock.

A love story between two savants with Asperger's syndrome, a kind of autism, whose conditions sabotage their budding relationship.

4 The Imaginarium Of Doctor Parnassus 2009

A traveling theater company gives its audience much more than they were expecting.

In the 1970s, a foundling lad, Patrick "Kitten" Braden, comes of age by leaving his Irish town for London, in part to look for his mother and in part because his transgender nature is beyond the town's understanding.

A college student starts to experience extreme seizures. She soon learns that the violent episodes are a symptom of inexplicable abilities.

As children, Kathy, Ruth, and Tommy spend their childhood at an idyllic and secluded English boarding school. As they grow into adults, they must come to terms with the complexity and strength of their love for one another while also preparing for the haunting reality awaiting them.

Zach Riley (Aaron Eckhart) is a psychiatrist, who leaves a job at a prestigious university, to take up a job at the privately run mental institution, 'Millwood'. What he doesnt reveal at the time of his appointment is that this was the very place where his novelist father, T.L. Pierson (Nick Nolte), spent many years of his life.

A David and Goliath law drama about a drug-addicted lawyer who takes on a health supply corporation while battling his own personal demons.

13 The Disappearance Of Alice Creed 2009

A rich man's daughter is held captive in an abandoned apartment by two former convicts who abducted her and hold her ransom in exchange for her father's money.

A woman named Kit moves back to her parent's house, where she receives a mysterious invitation that would fulfill her childhood dreams.

A vain London playboy offers his soul in exchange for eternal beauty in this adaptation of the chilling tale by author Oscar Wilde. Seduced into the decadent world of Lord Henry Wotton (Colin Firth), handsome young aristocrat Dorian Gray (Ben Barnes) becomes obsessed with maintaining his youthful appearance, and commissions a special portrait that will weather the winds of time while he remains forever young. When Gray's obsession spirals out of control, his desperate attempts to safeguard his secret turn his once-privileged life into a living hell.

Steve Russell is a small-town cop. Bored with his bland lifestyle, Russell turns to fraud as a means of shaking things up. Before long, Russell's criminal antics have landed him behind bars, where he encounters the charismatic Phillip Morris. Smitten, Russell devotes his entire life to being with Morris regardless of the consequences.

The life of George Falconer, a British college professor, is reeling with the recent and sudden loss of his longtime partner. This traumatic event makes George challenge his own will to live as he seeks the console of his close girl friend Charley, who is struggling with her own questions about life.

After her son Kevin commits a horrific act, troubled mother Eva reflects on her complicated relationship with her disturbed son as he grew from a toddler into a teenager.

Victor Maynard is a middle-aged, solitary assassin who lives to please his formidable mother, despite his own peerless reputation for lethal efficiency. His professional routine is interrupted when he finds himself drawn to one of his intended victims. After sparing her life, he unexpectedly acquires a young apprentice. Believing Victor to be a private detective, his two new companions tag along, while he attempts to thwart the murderous attentions of his unhappy client.

A historical drama set in Roman Egypt, concerning philosopher Hypatia of Alexandria and her relationship with her slave Davus, who is torn between his love for her and the possibility of gaining his freedom by joining the rising tide of Christianity. 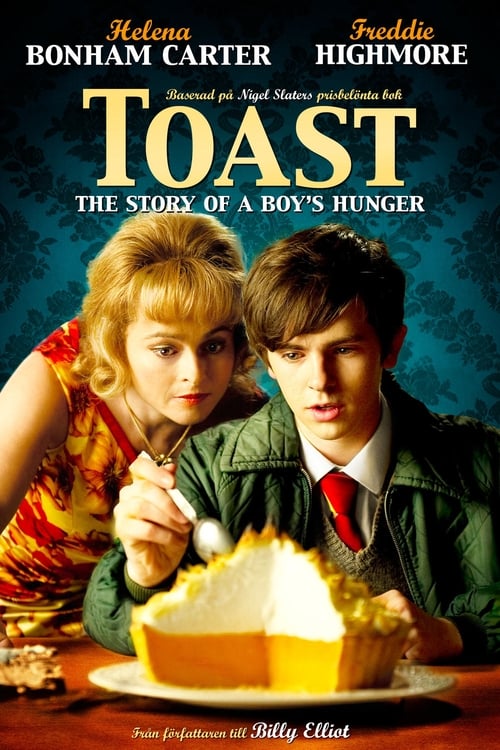 An adaptation of celebrity chef Nigel Slater's bestselling memoir, 'Toast' is the ultimate nostalgic trip through everything edible in 1960's Britain. Nigel's mother was always a poor cook, but her chronic asthma and addiction to all things canned does not help.

Lee Hall, Nigel Slater (based on the memoir by)

Set in the summer of 1984 – Margaret Thatcher is in power and the National Union of Mineworkers (NUM) is on strike. At the Gay Pride March in London, a group of gay and lesbian activists decides to raise money to support the families of the striking miners. But there is a problem. The Union seems embarrassed to receive their support.

A murder in 1944 draws together the great poets of the beat generation: Allen Ginsberg, Jack Kerouac and William Burroughs.