Twenty-three year old, Thomas Finley was arrested for the murder of his nineteen-year old sister, Samantha, as well as the murder of fifty-two year old, Edgar Lauren, a Professor and paranormal investigator.In the early morning hours, Police were called to the scene by Thomas Finley himself. He was found inside with his sister's body cradled in his arms.After questioning, Thomas was taken into custody. In his police statement, Thomas claimed that the victims were attacked by a demonic entity of unknown origin. Days later, he committed suicide.It is the opinion of those closely related to the family, that this video found at the scene be shown to the public as a final testament to what actually happened inside the Finley home in those final days.

Soon after moving into a suburban tract home, Katie and Micah become increasingly disturbed by what appears to be a supernatural presence. Hoping to capture evidence of it on film, they set up video cameras in the house but are not prepared for the terrifying events that follow.

Days after welcoming a newborn baby, Dan and Kristi Rey return home one day to find their house ransacked with seemingly no explanation. Their fear forces them to put in security cameras, which begin to capture strange activity around the house.

After years of performing “exorcisms” and taking believers’ money, Reverend Marcus travels to rural Louisiana with a film crew so he can dispel what he believes is the myth of demonic possession. The dynamic reverend is certain that this will be another routine “exorcism” on a disturbed religious fanatic but instead comes upon the blood-soaked farm of the Sweetzer family and a true evil he would have never thought imaginable.

A television reporter and her cameraman are trapped inside a building quarantined by the CDC after the outbreak of a mysterious virus which turns humans into bloodthirsty killers.

In 1988, an entity begins to terrorize young sisters Katie and Kristi in this prequel to the 'Paranormal Activity' series.

Tortured by the ghosts of the demonized insane asylum that killed the crew of GRAVE ENCOUNTERS, film students fight to escape death as their own paranormal investigation goes terribly wrong in this horrifying sequel.

A plane is taken over by a mysterious virus. When the plane lands it is placed under quarantine. Now a group of survivors must band together to survive the quarantine.

It has been five years since the disappearance of Katie and Hunter, and a suburban family witness strange events in their neighborhood when a woman and a mysterious child move in.

In Italy, a woman becomes involved in a series of unauthorized exorcisms during her mission to discover what happened to her mother, who allegedly murdered three people during her own exorcism.

A bullied young boy befriends a young female vampire who lives in secrecy with her guardian. A remake of the movie “Let The Right One In” which was an adaptation of a book.

A group of six tourists looking to go off the beaten path, hire an 'extreme tour guide' who, ignoring warnings, takes them into the city of Pripyat, the former home to the workers of the Chernobyl nuclear reactor, but now a deserted town since the disaster more than 25 years earlier. After a brief exploration of the abandoned city, the group members find themselves stranded, only to discover that they are not alone.

In 2007, in the midst of the drought and water shortages, the NSW State government has unveiled plans to tap into and recycle millions of litres of water trapped in a network of abandoned train tunnels just beneath the heart of Sydney. However the government suddenly goes cold on the plan and it is not made public why. There is talk of homeless people who use the tunnel as shelter going missing, even though the government states that there are no homeless people in there. This, and the silence from the officials and ministers, leads a journalist, Natasha to begin an investigation into a government cover-up. She and her crew Pete (Producer), Steve (Cameraman) and Tangles (Sound Technichian) decide to investigate the story in the tunnel.

A team of parapsychologists sets out to investigate a series of anomalous phenomena taking place in a newly occupied apartment. Telephone calls with no caller, mysterious shadows, extraordinary light emissions, flying objects, and exploding light bulbs are some of the events they will face while recording their every step with state-of-the-art technology. Using infrared filming, digital photography, psychophonic recordings, movement detectors, and magnetic field alteration meters, the group’s attempts to contact the “other side” will grow increasingly dangerous as they near a point of no return.

Officially, Apollo 17 was the last manned mission to the moon. But a year later in 1973, three American astronauts were sent on a secret mission to the moon funded by the US Department of Defense. What you are about to see is the actual footage which the astronauts captured on that mission. While NASA denies it's authenticity, others say it's the real reason we've never gone back to the moon.

Fictional drama based on actual events, about two teenage girls who encounter an Internet predator.

A suburban family is torn apart when fourteen-year-old Annie meets her first boyfriend online. After months of communicating via online chat and phone, Annie discovers her friend is not who he originally claimed to be. Shocked into disbelief, her parents are shattered by their daughter's actions and struggle to support her as she comes to terms with what has happened to her once innocent life.

Beneath the fake blood and cheap masks of countless haunted house attractions across the country, there are whispers of truly terrifying alternatives. Looking to find an authentic, blood-curdling good fright for Halloween, five friends set off on a road trip in an RV to track down these underground Haunts. Just when their search seems to reach a dead end, strange and disturbing things start happening and it becomes clear that the Haunt has come to them… 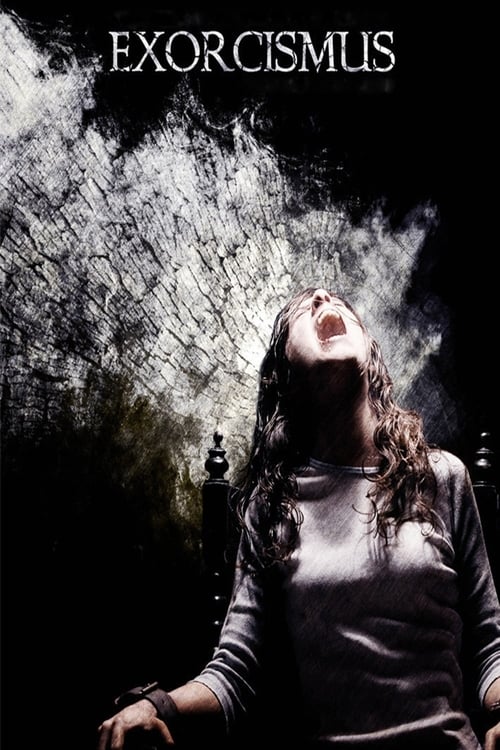 Fifteen-year-old Emma Evans is like any other teenage girl; she thinks that her parents don´t understand her. She longs for independence and a life free of family ties and responsibilities and she is prepared to do anything to achieve it. But one day she will be forced to face up to the consequences of her actions.Life seems to be carrying on as normal, until one day Emma starts experiencing frightening fits. Her parents are convinced that her problems are either medical or psychological, but when doctors´ tests are unable to draw any conclusions, the family is forced to look elsewhere for answers.It all started off as a bit of fun, Emma never really believed it, but the truth is there is something dark and sinister within her, and it won´t take long to surface. 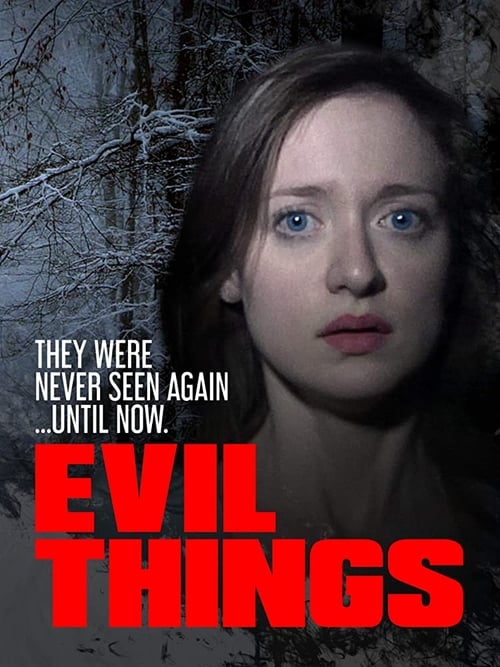 It's Miriam's 21st Birthday. As a birthday gift, Miriam's aunt Gail has decided to lend Miriam her beautiful country house for an entire weekend. Aunt Gail's country house is amazing. It's a four bedroom house surrounded by breathtaking mountains and miles and miles of woods. Miriam invites her young college friends Cassy, Mark, Tanya and Leo to join her at the country house for what looks to be the most amazing weekend ever. Of course they all jump at the chance to spend a free weekend in the country, in the middle of nowhere. Miriam's friends are totally in the mood for a big time party weekend. They're also anxious to escape the dark and gloomy concrete jungle known as Manhattan. Miriam, Cassy and Tanya bring the food. Mark brings the beer and Leo, the aspiring filmmaker, brings his new video camera. Leo hopes to produce a short movie by documenting every amazing moment of this weekend getaway...