If you already watched and love Hatchet, you will love these. Below is the list of movies similar to Hatchet.

A college-age brother and sister get more than they bargained for on their road trip home from spring break. When the bickering siblings witness a creepy truck driver tossing body bags into a sewer near an abandoned church, they investigate. Bad move! Opening a Pandora's Box of unspeakable evil, the pair must flee for their lives -- with a monstrous "shape" in hot pursuit.

Slightly disturbed and painfully shy Angela Baker is sent away to summer camp with her cousin. Not long after Angela's arrival, things start to go horribly wrong for anyone with sinister or less than honorable intentions.

The Djinn having been released from his ancient prison seeks to capture the soul of the woman who discovered him, thereby opening a portal and freeing his fellow Djinn to take over the earth.

Inspired by the E.C. comics of the 1950s, George A. Romero and Stephen King bring five tales of terror to the screen.

A caretaker at a summer camp is burned when a prank goes tragically wrong. After several years of intensive treatment at hospital, he is released back into society, albeit missing some social skills. What follows is a bloody killing spree with the caretaker making his way back to his old stomping ground to confront one of the youths that accidently burned him.

After barely surviving a furious shootout with the police, Baby Firefly, Otis Driftwood and Captain Spaulding are behind bars. But pure evil cannot be contained. Teaming up with Otis’ half-brother Winslow, the demented Firefly clan escape to unleash a whole new wave of murder, madness and mayhem.

A man conjures up a gigantic vengeance demon called Pumpkinhead to destroy the teenagers who accidentally killed his son.

Aliens who look like clowns come from outer space and terrorize a small town. 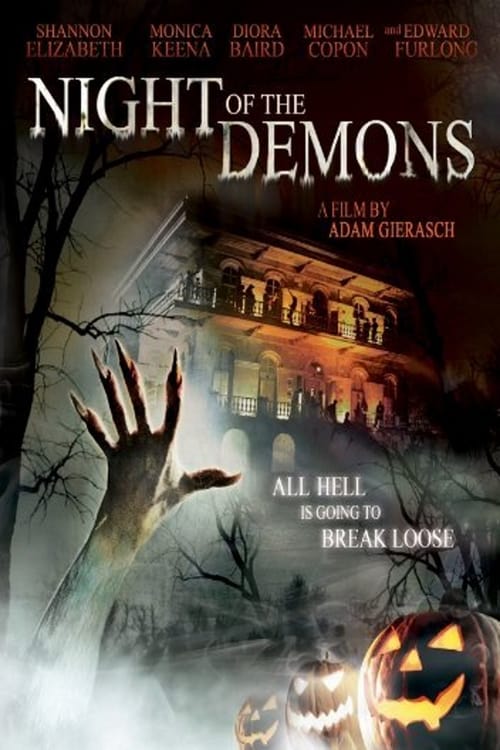 Angela is throwing a decadent Halloween party at New Orleans' infamous Broussard Mansion. But after the police break up the festivities, Maddie and a few friends stay behind. Trapped inside the locked mansion gates, the remaining guests uncover a horrifying secret and soon fall victim to seven vicious, blood-thirsty demons.

When Sally hears that her grandfather's grave may have been vandalized, she and her paraplegic brother, Franklin, set out with their friends to investigate. After a detour to their family's old farmhouse, they discover a group of crazed, murderous outcasts living next door. As the group is attacked one by one by the chainsaw-wielding Leatherface, who wears a mask of human skin, the survivors must do everything they can to escape.