If you already watched and love Feast, you will love these. Below is the list of movies similar to Feast.

Fifteen years ago, a group of men's lives were forever changed by a strange occurrence. Now, the same group of men will spend a night together ... in terror.

Deaths tells the story of an all-American guy who is murdered each day by horrifying pursuers, only to wake up in slightly different lives to experience the terror of being murdered again.

18th century justice catches up with a pair of grave robbers. With only a few hours to go before his date with the guillotine, Arthur Blake (Monaghan) tells his life story to Father Francis Duffy (Ron Perlman). Before long, Arthur spills the beans on how he got started in the grim corpse peddling business with seasoned ghoul Willie Grimes.

During the last days of Eva Peron, a pair of low-ranking detectives are thrust into a case of corruption involving the Mafia.

A dirty bomb goes off in Los Angeles, jamming freeways and spreading a toxic cloud.

In a remote part of the countryside, a bungled kidnapping turns into a living nightmare for four central characters when they cross paths with a psychopathic farmer and all hell breaks loose.

A mysterious virus, carried by mutant rats, creates pandemonium in New York City in which rat-bite victims turn into homicidal rat-mutants. This movie centers on six tenants of a small apartment complex on the Lower East Side Mulberry Street as they fight to survive the night against the rats and rapidly multiplying cannibal mutants.

Our hero, Cooper, awakes to find himself nauseous, weak and covered in webbing, hanging from the ceiling of an office where, just minutes ago, he started his new job. As he struggles out of his slimy prison he comes face to face with his opponent - a grotesque, powerful and very angry bug. All 3 ft of it 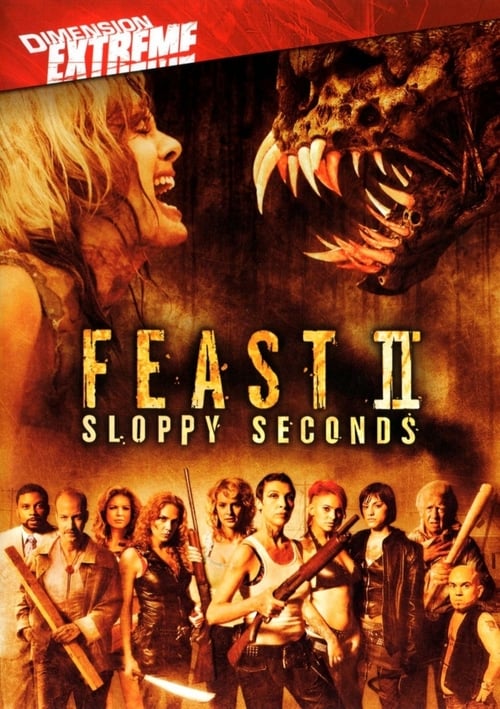 The monsters have made it into a small neighboring town in the middle of nowhere and the locals have to band with the survivors of the bar' slaughter to figure out how to survive.

In the Arctic region of Northern Alaska, an oil company's advance team struggles to establish a drilling base that will forever alter the pristine land. After one team member is found dead, a disorientation slowly claims the sanity of the others as each of them succumbs to a mysterious fear.