In 1997, before the visit of the pope to Rio de Janeiro, Captain Nascimento from BOPE (Special Police Operations Battalion) is assigned to eliminate the risks of the drug dealers in a dangerous slum nearby where the pope intends to be lodged.

If you already watched and love Elite Squad, you will love these. Below is the list of movies similar to Elite Squad.

Cidade de Deus is a shantytown that started during the 1960s and became one of Rio de Janeiro’s most dangerous places in the beginning of the 1980s. To tell the story of this place, the movie describes the life of various characters, all seen by the point of view of the narrator, Buscapé. Buscapé was raised in a very violent environment. Despite the feeling that all odds were against him, he finds out that life can be seen with other eyes...

A retired legal counselor writes a novel hoping to find closure for one of his past unresolved homicide cases and for his unreciprocated love with his superior - both of which still haunt him decades later.

Léon, the top hit man in New York, has earned a rep as an effective "cleaner". But when his next-door neighbors are wiped out by a loose-cannon DEA agent, he becomes the unwilling custodian of 12-year-old Mathilda. Before long, Mathilda's thoughts turn to revenge, and she considers following in Léon's footsteps.

After getting a green card in exchange for assassinating a Cuban government official, Tony Montana stakes a claim on the drug trade in Miami. Viciously murdering anyone who stands in his way, Tony eventually becomes the biggest drug lord in the state, controlling nearly all the cocaine that comes through Miami. But increased pressure from the police, wars with Colombian drug cartels and his own drug-fueled paranoia serve to fuel the flames of his eventual downfall.

A mentally unstable Vietnam War veteran works as a night-time taxi driver in New York City where the perceived decadence and sleaze feed his urge for violent action, attempting to save a preadolescent prostitute in the process.

An assassin is shot by her ruthless employer, Bill, and other members of their assassination circle – but she lives to plot her vengeance.

Jaded ex-CIA operative John Creasy reluctantly accepts a job as the bodyguard for a 10-year-old girl in Mexico City. They clash at first, but eventually bond, and when she's kidnapped he's consumed by fury and will stop at nothing to save her life.

A tragic love story set in East Berlin with the backdrop of an undercover Stasi controlled culture. Stasi captain Wieler is ordered to follow author Dreyman and plunges deeper and deeper into his life until he reaches the threshold of doubting the system.

A fatalistic car crash in Mexico City sets off a chain of events in the lives of three persons: a young man aching to run off with his sister-in-law, a supermodel, and a homeless man. Their lives are catapulted into unforeseen circumstances instigated by the seemingly inconsequential destiny of a dog.

With no clue how he came to be imprisoned, drugged and tortured for 15 years, a desperate businessman seeks revenge on his captors.

After a bloody invasion of the BOPE in the High-Security Penitentiary Bangu 1 in Rio de Janeiro to control a rebellion of interns, the Lieutenant-Colonel Roberto Nascimento and the second in command Captain André Matias are accused by the Human Right Aids member Diogo Fraga of execution of prisoners. Matias is transferred to the corrupted Military Police and Nascimento is exonerated from the BOPE by the Governor.

When a doctor decides to carry out an AIDS prevention program inside Latin America’s largest prison: the Casa de Detenção de São Paulo - Carandiru, he discovers the victim of one of the darkest days in Brazilian History when the State of São Paulo’s Military Police, with the excuse for law enforcement, shot to death 111 people. Based on real facts and on the book written by Dráuzio Varella.

Best buddies Acerola and Laranjinha, about to turn 18, discover things about their missing fathers' pasts which will shatter their solid friendship, in the middle of a war between rival drug gangs from Rio's favelas.

This is a story of a man in free fall. On the road to redemption, darkness lights his way. Connected with the afterlife, Uxbal is a tragic hero and father of two who's sensing the danger of death. He struggles with a tainted reality and a fate that works against him in order to forgive, for love, and forever. 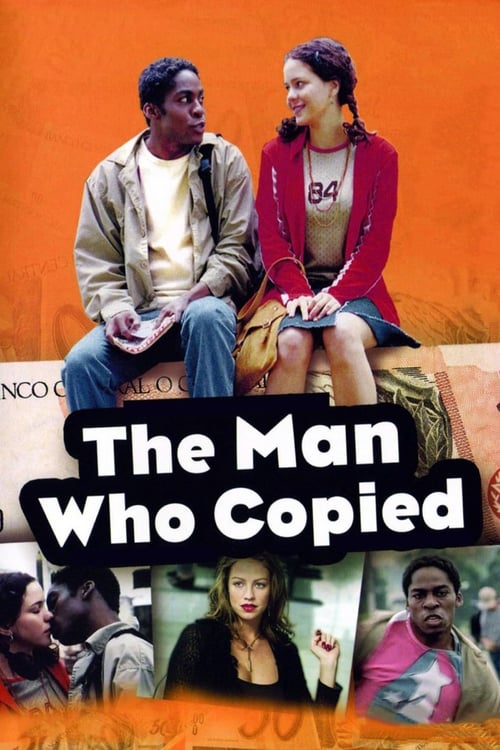 André, 19, lives in Porto Alegre, Brazil, and works as a photocopier operator. He likes to see his neighbor Sílvia with a pair of binoculars. She works selling clothes. Becoming attracted to her, he tries to get nearer, and goes to her shop to buy something, but finds out that he can't afford it. So he puts the photocopier to other uses, and begins to envisage fishy schemes to earn some money.