An ex-office worker becomes a ventriloquist, leading to a date with his unemployment counselor; but his quirky family and a gauche female friend may thwart his new career and love life.

If you already watched and love Dummy, you will love these. Below is the list of movies similar to Dummy.

Down-and-dirty musical love story set in the world of the working class. Nick is an ironworker who builds and repairs bridges. He's married to Kitty, a dressmaker, a strong and gentle woman with whom he has three daughters. He is carrying on a torrid affair with a redheaded woman named Tula. Nick is basically a good, hardworking man driven forward by will and blinded by his urges.

Bernie works at a Las Vegas casino, where he uses his innate ability to bring about misfortune in those around him to jinx gamblers into losing. His imposing boss, Shelly Kaplow, is happy with the arrangement. But Bernie finds unexpected happiness when he begins dating attractive waitress Natalie Belisario.

Aging screenwriter Felix Bonhoeffer has lived his life in two states of existence: in reality and his own interior world. While working on a murder mystery script, and unaware that his brain is on the verge of implosion, Felix is baffled when his characters start to appear in his life, and vice versa.

The irreverent host of a political satire talk show decides to run for president and expose corruption in Washington. His stunt goes further than he expects when he actually wins the election, but a software engineer suspects that a computer glitch is responsible for his surprising victory.

An American journalist arrives in Berlin just after the end of World War Two. He becomes involved in a murder mystery surrounding a dead GI who washes up at a lakeside mansion during the Potsdam negotiations between the Allied powers. Soon his investigation connects with his search for his married pre-war German lover.

The new season of "American Dreamz," the wildly popular television singing contest, has captured the country's attention, as the competition looks to be between a young Midwestern gal (Moore) and a showtunes-loving young man from Orange County (Golzari). Recently awakened President Staton (Quaid) even wants in on the craze, as he signs up for the potential explosive season finale.

Overachieving actress, Rebecca (Moore), must come to grips with her failing marriage to stay-at-home dad, Tom (Duchovny). While Rebecca's slacker brother, Tobey (Billy Crudup), can't seem to commit to his aspiring-novelist girlfriend, Elaine (Maggie Gyllenhaal). As both relationships spin out of control, the two couples embark on a quest to rediscover the magic and romance of falling in love in New York.

When a law school dropout answers an advertisement to be a personal assistant he unknowingly signs on to work for a belligerent has-been magician struggling to resurrect his career. This leads to a journey across the country staging the comeback of a lifetime.

The story of the WWII project to crack the code behind the Enigma machine, used by the Germans to encrypt messages sent to their submarines.

A renowned professor is forced to reassess her life when she is diagnosed with terminal ovarian cancer. 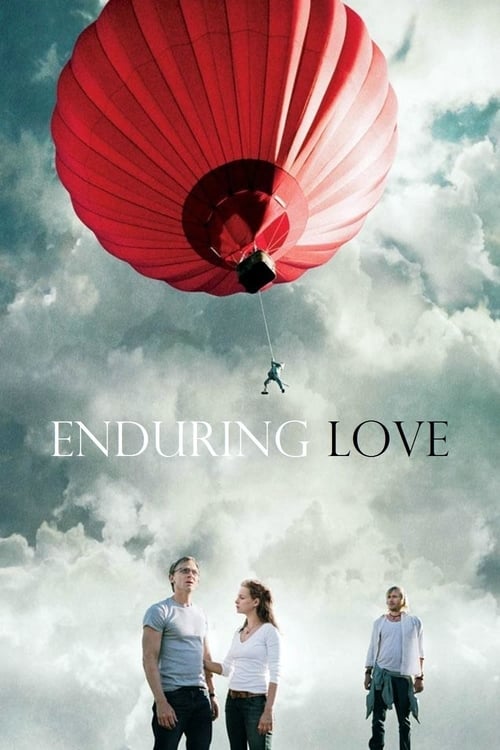 Two strangers become dangerously close after witnessing a deadly accident. On a beautiful cloudless day a young couple celebrate their reunion with a picnic. Joe has planned a postcard-perfect afternoon in the English countryside with his partner, Claire. But as Joe and Claire prepare to open a bottle of champagne, their idyll comes to an abrupt end. A hot air balloon drifts into the field, obviously in trouble. The pilot catches his leg in the anchor rope, while the only passenger, a boy, is too scared to jump down. Joe and three other men rush to secure the basket. But fate has other ideas...

Based on a true story, the tale of a cement truck driver named Danny, whose long awaited vacation is cancelled thanks to his scheming girlfriend, Trudy. Danny escapes his grim life in suburban Australia and blasts into the skies in a chair tied with helium balloons. A mighty thunderstorm blows him clean off the map, and spits him out far away over the lush green town of Clarence. In this new town, he rockets into the world of Glenda, the town's only parking cop. While the media back home becomes obsessed with the story of his disappearance, Danny gets to reinvent himself in this new town, and in his great adventure, he discovers a true soul mate in Glenda. Fate catches up with him eventually, as Danny's true identity is revealed and Trudy--now a tabloid celebrity--comes to the idyllic town to claim Danny and drag him back to Sydney. Danny, however, is a changed man; he's discovered what it means to be happy and has found a new self-worth.

Thirty-nine-year old divorcé Louise Harrington (Linney) works in the admissions office at Columbia University School of the Arts. She is unnerved when she receives an application from F. Scott Feinstadt, the same name of her high school sweetheart who was killed in a car crash, and calls the student to arrange an interview. His appearance, mannerisms, and painting style closely resemble those of her former love, and she begins to suspect the young artist may be the reincarnation of her old flame. Hours after meeting, the two embark upon an affair. Also complicating Louise's life are her relationship with her ex-husband Peter , who confesses he is learning to cope with a sex addiction that, unknown to her, plagued their marriage; her ne'er-do-well brother Sammy, who is favored by their mother Ellie despite his shortcomings; and her best friend Missy, who stole the original Scott from Louise before his death and seems intent on doing the same with the contemporary version.

Sex sells in America and these guys know it. The Amateurs follows a small town band of loveable losers who hit upon an idea that can make their dreams and fantasies come true. Thinking they've found the road to riches and fame they decide to make the world's most innocent adult film. Everyman's fantasy turns into a hilarious misadventure when they find they're in way over their heads.

Based on the life and career of legendary entertainer, Bobby Darin, the biopic moves back and forth between his childhood and adulthood, to tell the tale of his life.