If you already watched and love Dead End, you will love these. Below is the list of movies similar to Dead End.

After returning from a wedding reception, a couple staying in an isolated vacation house receive a knock on the door in the mid-hours of the night. What ensues is a violent invasion by three strangers, their faces hidden behind masks. The couple find themselves in a violent struggle, in which they go beyond what either of them thought capable in order to survive.

Arthur and his two children, Kathy and Bobby, inherit his Uncle Cyrus's estate: a glass house that serves as a prison to 12 ghosts. When the family, accompanied by Bobby's Nanny and an attorney, enter the house they find themselves trapped inside an evil machine "designed by the devil and powered by the dead" to open the Eye of Hell. Aided by Dennis, a ghost hunter, and his rival Kalina, a ghost rights activist out to set the ghosts free, the group must do what they can to get out of the house alive.

After a tragic accident, six friends reunite for a caving expedition. Their adventure soon goes horribly wrong when a collapse traps them deep underground and they find themselves pursued by bloodthirsty creatures. As their friendships deteriorate, they find themselves in a desperate struggle to survive the creatures and each other.

In October of 1994 three student filmmakers disappeared in the woods near Burkittsville, Maryland, while shooting a documentary. A year later their footage was found.

Tensions rise within an asbestos cleaning crew as they work in an abandoned mental hospital with a horrific past that seems to be coming back.

After being hypnotized by his sister in law, Tom Witzky begins seeing haunting visions of a girl's ghost and a mystery begins to unfold around her.

A young married couple becomes stranded at an isolated motel and find hidden video cameras in their room. They realize that unless they escape, they'll be the next victims of a snuff film.

A young photographer Thun and his girlfriend Jane discover mysterious shadows in their photographs after fleeing the scene of an accident. As they investigate the phenomenon, they find other photographs contain similar supernatural images, that Thun's best friends are being haunted as well, and Jane discovers that her boyfriend has not told her everything. It soon becomes clear that you can not escape your past.

After a violent storm, a dense cloud of mist envelops a small Maine town, trapping artist David Drayton and his five-year-old son in a local grocery store with other people. They soon discover that the mist conceals deadly horrors that threaten their lives, and worse, their sanity.

After returning home from the Vietnam War, veteran Jacob Singer struggles to maintain his sanity. Plagued by hallucinations and flashbacks, Singer rapidly falls apart as the world and people around him morph and twist into disturbing images. His girlfriend, Jezzie, and ex-wife, Sarah, try to help, but to little avail. Even Singer's chiropractor friend, Louis, fails to reach him as he descends into madness.

Four teenagers at a British private school secretly uncover and explore the depths of a sealed underground hole created decades ago as a possible bomb shelter.

A man confesses to an FBI agent his family's story of how his religious fanatic father's visions lead to a series of murders to destroy supposed 'demons'. 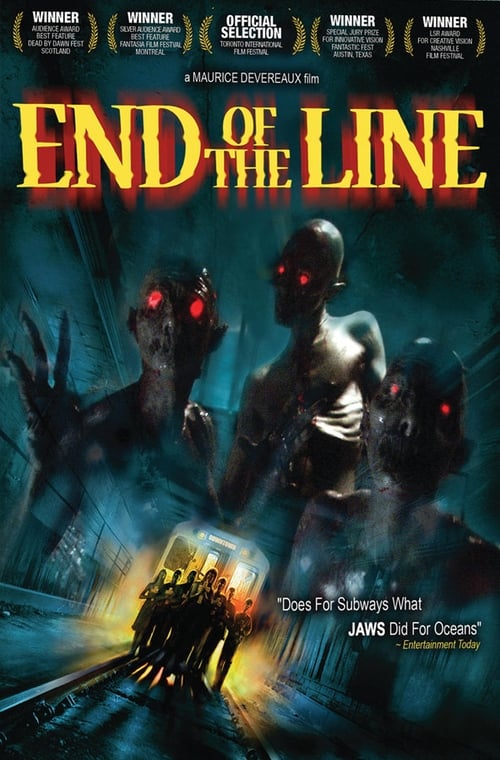 Karen, a young psychiatric nurse, boards the last subway train of the night only to have it stop in the middle of the tunnel. Suddenly, her nightmare begins: a mysterious cult has decided that it's the end of the world and the only way to save the souls of the living is to kill them in cold blood. As those around her are brutally murdered, Karen and a handful of survivors must face the homicidal cult, supernatural forces and their own fears of Armageddon in order to survive.