An undercover police officer named Rock Keats befriends a drug dealer and car thief named Archie Moses in a bid to catch the villainous drug lord Frank Coltan. But the only problem is that Keats is a cop, his real name is Jack Carter, and he is working undercover with the LAPD to bust Moses and Colton at a sting operation the LAPD has set up.

If you already watched and love Bulletproof, you will love these. Below is the list of movies similar to Bulletproof.

Advertising executive Nick Beame learns that his wife is sleeping with his employer. In a state of despair, he encounters a bumbling thief whose attempted carjacking goes awry when Nick takes him on an involuntary joyride. Soon the betrayed businessman and the incompetent crook strike up a partnership and develop a robbery-revenge scheme. But it turns out that some other criminals in the area don't appreciate the competition.

Maverick cop Orin Boyd always brings down the domestic terrorists he tracks, but he ruffles feathers with his unorthodox techniques -- and soon finds himself reassigned to the toughest district in Detroit. When he discovers a group of detectives secretly operating a drug ring, Boyd joins forces with an unlikely ally -- gangster Latrell Walker -- to bring down the rotten cops.

Tough-talking Detroit cop Axel Foley heads to the rarified world of Beverly Hills in his beat-up Chevy Nova to investigate a friend's murder, but soon realizes he's stumbled onto something much more complicated. Bungling rookie detective, Billy Rosewood joins the fish-out-of-water Axel and shows him the West Los Angeles ropes.

Prince Akeem, heir to the throne of Zamunda, leaves the tropical paradise kingdom in search of his queen. What better place than Queens, New York, to find his bride? Joined by his loyal servant and friend, Semmi, Akeem attempts to blend in as an ordinary American and begin his search.

The auto-biographical story of Howard Stern, the radio-rebel who is now also a TV-personality, an author and a movie star.

A miserable conman and his partner pose as Santa and his Little Helper to rob department stores on Christmas Eve. But they run into problems when the conman befriends a troubled kid, and the security boss discovers the plot.

Two men in 1930s Mississippi become friends after being sentenced to life in prison together for a crime they did not commit.

Billy Hoyle and Sidney Deane are an unlikely pair of basketball hustlers. They team up to con their way across the courts of Los Angeles, playing a game that's fast dangerous - and funny.

When Longfellow Deeds, a small-town pizzeria owner and poet, inherits $40 billion from his deceased uncle, he quickly begins rolling in a different kind of dough. Moving to the big city, Deeds finds himself besieged by opportunists all gunning for their piece of the pie. Babe, a television tabloid reporter, poses as an innocent small-town girl to do an exposé on Deeds.

Deuce Bigalow is a less than attractive, down on his luck aquarium cleaner. One day he wrecks the house of a gigolo and needs quick money to repair it. The only way he can make it is to become a gigolo himself, taking on an unusual mix of female clients. He encounters a couple of problems, though. He falls in love with one of his unusual clients, and a sleazy police officer is hot on his trail.

Maverick old-guard coach Jimmy McGinty is hired in the wake of a players' strike to help the Washington Sentinels advance to the playoffs. But that impossible dream hinges on whether his replacements can hunker down and do the job. So, McGinty dusts off his secret dossier of ex-players who never got a chance (or screwed up the one they were given) and knits together a bad-dream team of guys who just may give the Sentinels their title shot.

The true and intense story of Mark 'Chopper' Read, a legendary criminal who wrote his autobiography while serving a jail sentence in prison. 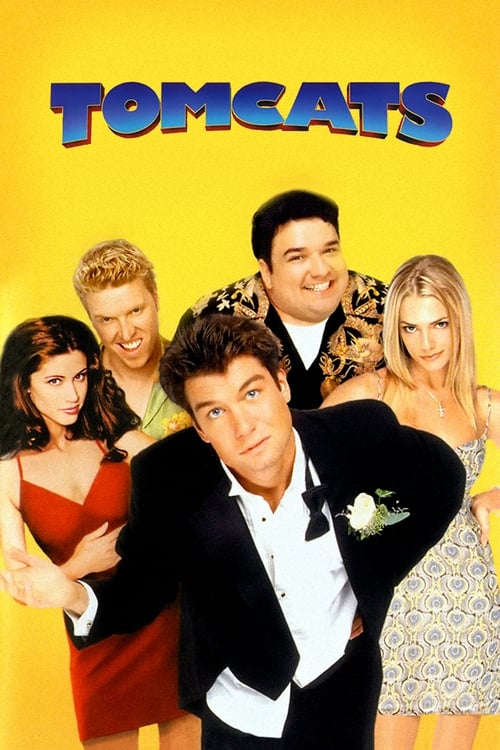 College buddies chip in and promise that the group's last unmarried man will collect a cash pot. Seven years later, the kitty is worth $500,000 -- money Michael needs to pay a gambling debt. Problem is, the only other single guy is a hopeless womanizer!

Josh Miller is a studious and responsible pre-med student entering college as a freshman. His wild, hard-partying roommate Cooper Frederickson, on the other hand, is a spoiled rich kid who never studies and spends his time getting drunk and ogling co-eds. Before long, Cooper's fun-filled lifestyle has corrupted Josh, and both are on the verge of flunking out.

Based on the true life experiences of poet Jimmy Santiago Baca, the film focuses on half-brothers Paco and Cruz, and their bi-racial cousin Miklo. It opens in 1972, as the three are members of an East L.A. gang known as the "Vatos Locos", and the story focuses on how a violent crime and the influence of narcotics alter their lives. Miklo is incarcerated and sent to San Quentin, where he makes a "home" for himself. Cruz becomes an exceptional artist, but a heroin addiction overcomes him with tragic results. Paco becomes a cop and an enemy to his "carnal", Miklo.